The purpose of the project is to establish community-driven, sustainable forest management and agroforestry systems to maintain biodiversity and other environmental services, buffer habitat quality, secure land rights and improve livelihoods in three districts in Jambi province.

There are four outcomes of the project. 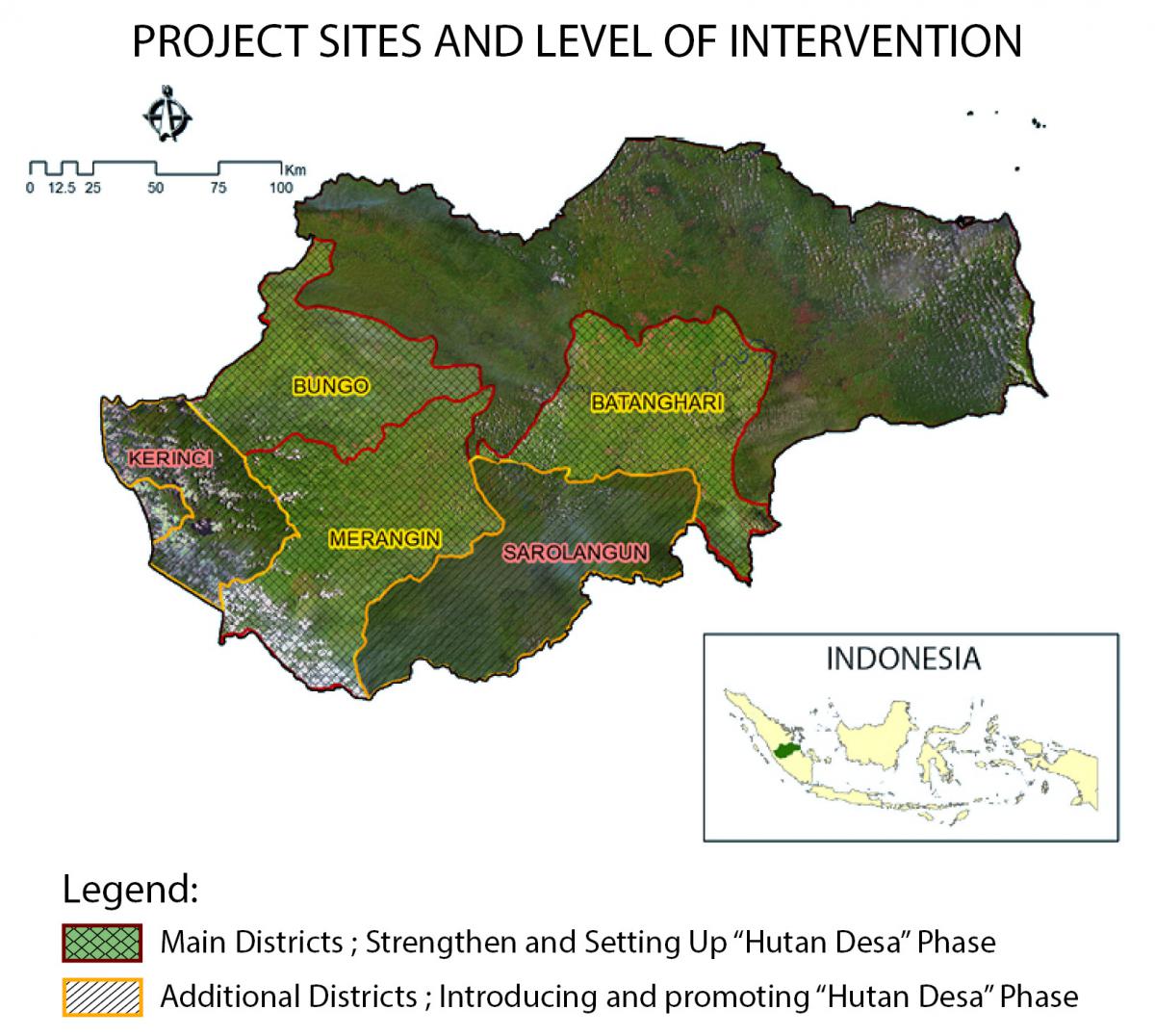 Lubuk Beringin was the first ‘hutan desa’ or village forest designation in Indonesia, a process that took 10 years to realize. The successful realization of the license was closely linked to WARSI’s facilitation role and scientific evidence provided by the World Agroforestry Centre. Jambi province, where the village forest is located, has vast tracts of threatened forest, with the province ranked in the top ten carbon emitters, contributing around 4% to national emissions. Estimation of national total emissions from 2005 to 2010 was 0.8 Gt CO2e/ha/year.

Kerinci Seblat National Park in Jambi is one of the largest and most important biodiversity conservation areas in Sumatra, particularly as habitat for the endangered Sumatran tiger. Agroforestry systems, mostly consisting of rubber and cinnamon, which provide livelihoods to local and customary communities and simultaneously act as a buffer between the human and natural worlds, while threatening to encroach on the Park, are also at risk of disappearing because of insecure property rights where they overlap with forest boundaries.

Village forest agreements are a way of resolving conflict over land use between local communities and the Government. The expectations of Government agencies that there would be benefits from an anticipated Reducing Emissions from Deforestation and Forest Degradation scheme led to the expansion of village forest agreements. However, there are problems with integrating communities’ agroforests and the Government’s regulations about village forests’ management plans. Local communities’ agroforestry practices mostly follow traditional customs and ecological knowledge passed down over centuries whereas the Government promotes other methods with varying objectives.