Human livelihoods, ecosystem services and the habitat of the Sumatran orangutan: rapid assessment in Batang Toru and Tripa

Human livelihoods, ecosystem services and the habitat of the Sumatran orangutan: rapid assessment in Batang Toru and Tripa

The World Agroforestry Centre (ICRAF), in collaboration with PanEco and Yayasan Ekosistem Lestari, conducted a rapid assessment of carbon stock and carried out spatial, livelihoods and cost-benefit analyses for orangutan habitat at the two sites. We used Rapid Analysis of Carbon Stock Assessment (RaCSA) to assess the carbon stock (above and below ground) at plot level and calculated land cover for carbon stock at landscape level. We calculated net present value (NPV) of important crop/tree commodities in Tripa and Batang Toru and analysed the costs and benefits of each commodity. To find solutions for better management at the two study sites, a FALLOW1 model was used, which generated several possible scenarios. 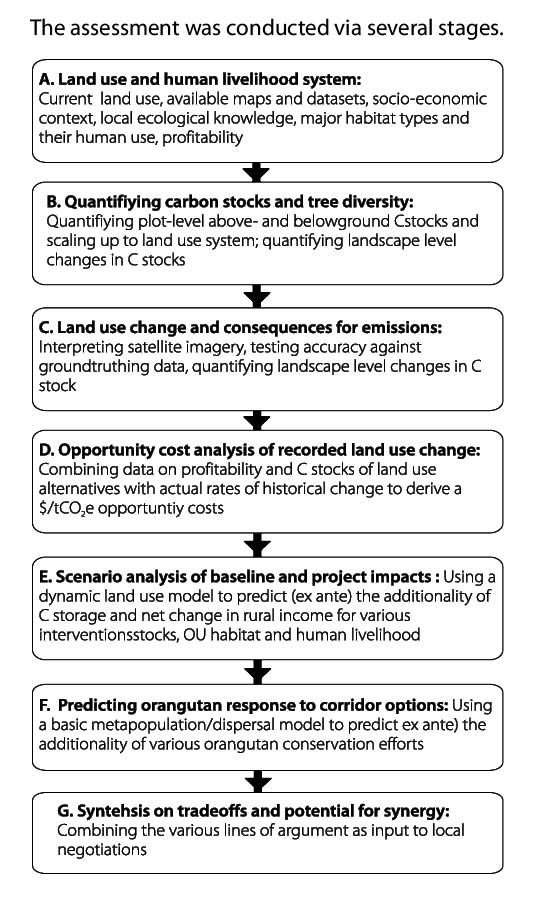