Agroforestry for livelihoods of smallholder farmers in Northwest Viet Nam

Agroforestry for livelihoods of smallholder farmers in Northwest Viet Nam 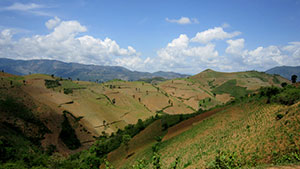 About 3.4 million people (4% of Vietnam's population) live in the five north-western provinces in culturally diverse communities made up of 30 ethnic groups. The landscape can be divided into three agro-ecological zones, being a lower zone (below 600m), a middle zone (600-800m) and an upper zone (above 800m).

Forests occupy more than half of the area and agriculture is characterized by shifting cultivation. Recent improvements in infrastructure, which facilitate market access, have increased livelihood opportunities, but the rapid expansion of agriculture and ongoing widespread shifting cultivation have resulted in degradation of agro-ecosystems and forest destruction and fragmentation, which threatens environmental sustainability and food security. 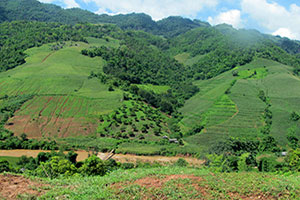 Agroforestry offers an integrated approach that can secure the livelihoods of rural households while curbing land degradation and deforestation. There are significant limitations in terms of i) the capability within research and management agencies to identify appropriate agroforestry technologies and systems for the agro-ecological and socio-economic conditions of the uplands; ii) experience of farmers and agencies to manage integrated systems; iii) responsive extension approaches that are sensitive to less educated and non-Vietnamese-speaking sections of the farming communities; iv) agroforestry systems and species that are attractive financially to smallholders; and v) incentives to support agroforestry development. 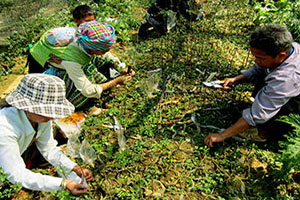 In response to efforts both from government and ACIAR to support the region, ICRAF Vietnam is joining forces with national partners to implement a comprehensive program of agroforestry research. This project addresses the priorities for ACIAR-funded research in North-West Vietnam arising from the consultation workshop in September 2008.