A training workshop on gender sensitization and awareness in research: concepts and tools for gender analysis was conducted by Delia Catacutan and Farhat Naz at ICRAF-Abidjan, Côte d’Ivoire from 18-19 September 2014. The agenda for the training was to give an overview of gender mainstreaming within ICRAF, the rationale for gender integration in R&D—efficiency and equity principles and the gender development outcome (IDO). Through group discussions, lectures, role play game, group exercises and, individual brainstorming the various concepts related to gender (gender equity, gender equality, gender roles, gender relations, gender division of labour, gender division of skills, gender stereotyping, gender bias/discrimination, gender gap) and sex were taught to the participants. The participants were made to understand why there is a need to study and understand gender. Topics ranging from gender analysis, tools--to-- researchers roles, responsibilities, positions and ethics in R&D were covered during the training. 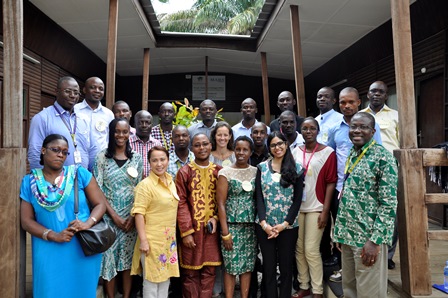 A training workshop on gender awareness and methods for gender analysis was held at ICRAF-Latin America Regional Office from 27-29 August 2014, in Lima, Peru. The training team consisted of Delia Catacutan, Ana Maria Valencia, Grace Villamor and Farhat Naz. The workshop aimed at enhancing clarity and understanding among ICRAF scientists at the Latin America regional office, of the concepts and approaches for gender mainstreaming in agroforestry research. It focuses on tools and methods for gender analysis in each of the stages of the R&D cycle. Through group discussions, lectures, role play game, group exercises and, individual brainstorming, participants were made to understand the basic concepts and approaches for gender mainstreaming in agroforestry; various methods and tools for gender analysis; ways to integrate gender in research during project formulation, implementation and monitoring and evaluation stages and; make a commitment with the gender mainstreaming process in the region.