Few studies have been conducted of farmer-to-farmer dissemination, that is, who in a community disseminates knowledge and new technologies and how they do it. An ICRAF study in central Kenya found that whereas most fodder shrub adopters pass on information and planting material to a few relatives and friends, only a small percentage (5%) are responsible for most (67%) farmer-to-farmer dissemination (Franzel & Wambugu, 2007; Place et al., 2009). Another critical finding was that such disseminators do not fit easily into any specific socioeconomic category; they include young and old farmers, men and women, rich and poor. How such persons can be mobilized to increase the flow of information and technology is a critical issue that the next method, volunteer farmer trainers, addresses.

These programs involve farmer trainers who are selected by their communities to train others. Lukuyu et al. (2012) showed that volunteer farmer trainers were still active in western Kenya several years after projects had stopped supporting them, demonstrating the sustainability of such approaches. ICRAF is currently assisting the East Africa Dairy Development Project, funded by the Bill & Melinda Gates Foundation, to implement and evaluate a system of around 2,000 volunteer farmer trainers in Kenya, Uganda and Rwanda. Assessments in Kenya and Uganda have found the program to be very effective, particularly for increasing women’s participation in extension. (Kiptot and Franzel, 2012; Kiptot, Franzel and Kirui, 2012; Karuhanga et al., 2013; Kiptot and Franzel, 2013). Three studies have reviewed farmer to farmer extension programs in Cameroon, Malawi and Kenya (Kundhlande  et al., 2014; Tsafack et al., 2014; and Franzel et al., 2014 respectively).

Extension programs often choose ‘model farmers’, also called ‘master’ or ‘expert’ farmers, to host demonstrations on their farms and train fellow farmers on improved agricultural practices. Chosen on the basis of their expertise, model farmers are assumed to be effective disseminators and innovators, but are they? One study categorized 126 adopters of fodder shrubs in Central Kenya as expert farmers, disseminators and innovators. There was some overlap among the three categories, but 19 (40%) of 48 expert farmers were not effective disseminators. This finding suggests that extension programs that choose farmer trainers on the basis of their farming expertise will not promote dissemination as effectively as those that choose them on the basis of their dissemination skills (Franzel et al., 2013).

Developing an analytical framework for assessing costs and returns of an extension program.

This framework was developed to assess the costs and benefits of a volunteer farmer-trainer program developed by FARM Africa in Meru, Kenya for the promotion of dairy goats. Costs and benefits are assessed from the perspective of three types of stakeholders: farmer trainers, the farmers they were training, and the project itself. The analysis found that financial returns (and in the case of the trainers, social benefits) were high for all three types of stakeholders. Farmer trainers covered many of their costs by selling goods and services to the farmers they were training (Franzel, 2009). 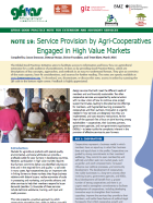 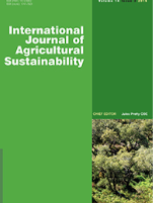 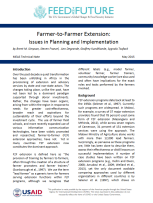 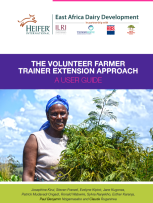 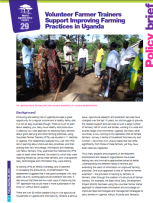 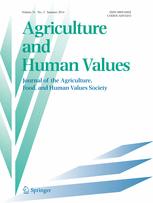 Kiptot E. and Franzel S. 2014. Voluntarism as an investment in human, social and financial capital: evidence from a farmer-to-farmer extension program in Kenya, Agriculture and Human Values 31:231-243